Biodiversity, also called biological diversity, includes all living things on Earth. It is defined as the variety of life on this planet. In recent years, it is decreasing at an alarming rate. This decline can have many causes. Also, it generates multiple disadvantages, especially on the life of the human species. It is then necessary to find solutions to obviate this phenomenon.

The loss of biodiversity: what is it?

The erosion, the decline or the loss of biodiversity designates an ecological crisis which implies the disappearance of animal or plant species in the whole universe. It also implies the regional decrease or loss of species in a certain habitat and the extinction of the ecosystem. According to many studies, this phenomenon poses the problem of a 6th major extinction crisis (Holocene extinction) underway on Earth.

What are the causes of biodiversity loss?

The causes of biodiversity loss are multiple. The main reason for the disappearance of species concerns human activities. First of all, there is the loss and destruction of natural habitats that contribute to the biotic homogenization of biological diversity. They are linked to urbanization, mining and oil exploitation, agriculture, road construction, land deterioration, deforestation, etc.
Also, 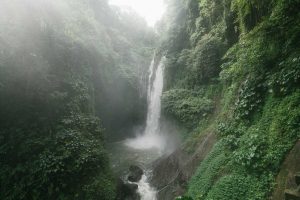 ecological diversity is challenged by overexploitation through poaching, overfishing and hunting. Similarly, it is impacted by the use of insecticides and the introduction of invasive species. Finally, this loss is also caused by air, soil and water pollution and the ravages of invasive species.
In addition, the extinction of species can be caused by climate change and the disruption of ecosystems. These include melting ice, desertification, sea level rise and increased natural disasters.
These causes are mainly due to the effects of economic activities. Another factor in the mortality of species is the illegal trade that promotes intensive exploitation and trade.

The loss of biodiversity: what consequences?

The loss of biodiversity has many consequences on the life of the human species. First of all, it modifies the food supply. Indeed, biological diversity guarantees a varied and balanced diet. For example, insects such as pollinators have a crucial function in the growth and evolution of fruits and vegetables.
Secondly, a good biological diversity leads to the balance of the ecosystem. The extinction of certain animal and plant species would lead to the weakening of the ecosystem and would have terrible consequences on the environment. It would favour fires and landslides for example.
Finally, man breathes air through plant and underwater species that produce oxygen. It is then possible that the reduction of biological diversity leads to a gradually degraded quality of life for the human species.
The latter would benefit from an increasingly contaminated and rarely renewed air. The preservation of biodiversity is therefore a priority in the years to come in order to preserve the quality of life and ensure the fate of the planet.

Some solutions to remedy the loss of biodiversity

Multiple solutions are possible in the fight against the loss of the ecosystem. Among others, it is first of all a question of respecting the rhythm of nature by adopting elementary gestures that are extremely important. Thus, you should not approach a nest or a brood. You must also observe the natural feeding behavior of animals. Avoid picking a plant in the wild that is unknown to you.
Secondly, you should limit water consumption for your garden. The price of water is increasing and it is essential to save money. Also, use mulch to reduce the appearance of spontaneous weeds and to protect yourself from the cold. Don’t forget to follow natural cycles by eating fruits and vegetables in season. Communicate in the greenest way possible, take great care of nature and reduce your ecological footprint. Also, choose local products; volunteer by participating in or organizing a clean-up event. Finally, grow native plants, detect invasive species and attract pollinators to your garden.
All in all, biodiversity loss is a phenomenon that involves the disappearance of animal and plant species. It can be caused by many factors such as: pollution, climate change, human activities, etc. Its consequences are enormous: it weakens the ecosystem, degrades the quality of life of the human species and modifies its diet. However, it remains a phenomenon that can be treated.