At present, vandalism has become an unpleasant reality, both unavoidable, especially for people living in large cities. It is a social phenomenon that leads to the destruction of public facilities. But what causes this type of crime on a social level? What are the consequences? What can be done to prevent these acts? This article provides answers to all these concerns.

Vandalism is a criminal offence that consists in destroying, deteriorating or mutilating in a gratuitous way the property of others, with the aim of harming the owner. It concerns both private property and public property such as that belonging to the administration.
The degradation of public establishments, the burning or destruction of a vehicle, the breaking of store windows, tags and unauthorized graffiti, are some examples of acts of vandalism. This phenomenon affects most of the time furniture, buildings, artistic works and documents, natural sites, and especially everything that forms the identity, the heritage of a culture.
In the common language, the term vandalism can sometimes be applied to other kinds of voluntary depredations. Some websites can also be vandalized through modifications that include insults or other.

What are the social causes of vandalism?

According to heritage advocates, vandalism was originally caused by ignorance and crime. The social factors at the origin of these acts are multiple. These include revenge against injustice.
Adolescents may decide to break public property or graffiti walls reserved for the state in order to take their revenge on the law. In the same way, undertaking other acts of depredation may be aimed at fighting against the existing social order.
Moreover, hanging out with vandals, hanging out with a bunch of people who break everything in their path, one can get a taste for it. At first, we may find it silly, but when we are with them, we say to ourselves “why not? ”. Then, once at home, you don’t feel remorse or bad conscience.
You start out thinking that you didn’t do anything wrong. This is how vandalism starts. With this team of vandals, the goal would be to claim power, to make a name for themselves, to show off, to prove themselves, etc.

What are the consequences of vandalism?

Vandalism has serious consequences that we are not always aware of. It causes the loss of monuments and wealth that cannot be replaced. In addition, it causes the disappearance of integral parts of a culture, which implies a truncated vision of history.
In addition to the enormous expense of replacing or repairing vandalized property, 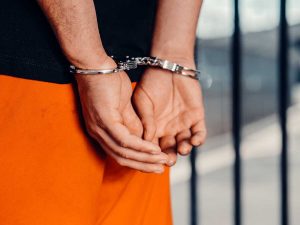 vandalism has a negative impact on the living environment. For example, children will no longer frequent a park that is regularly mutilated. There will be no more replacement playground equipment, and the neighborhood will no longer have perfectly good public equipment.
In addition, places where vandalism occurs do not inspire confidence. They are then abandoned and are likely to become places where other crimes such as drug trafficking take place.
Vandalism contradicts the crucial need to feel safe. It contributes to the increase of fear in a community. This makes the community less welcoming and its reputation deteriorates.

How to prevent vandalism?

To prevent vandalism in a community, it is essential to install an appropriate lighting system. Secondly, surveillance cameras should be installed not only to discourage vandals, but also to record and distinguish the criminals.
In addition, these infrastructures must be regularly maintained and well protected. Furthermore, vandalism is usually motivated by boredom and idleness. Therefore, to avoid it, it would be ideal to encourage young people or any idle person to do something constructive, to occupy their time in sports or other leisure activities.

All in all, acts of vandalism come in many forms. The social causes related to this phenomenon can be inherent to revenge, followership, etc. The consequences of these manifestations are multiple and range from losses and expenses to insecurity and the abandonment of mutilated places. To remedy this, it is essential to take adequate measures such as educating the population, installing lighting, surveillance cameras, etc.